Recently, people tend to move to live in broad place with sparse density in oder to “breathe” easily.

The central districts, which are always favored locations people choose to live in. Explaining this, three major reasons are considered as follows: 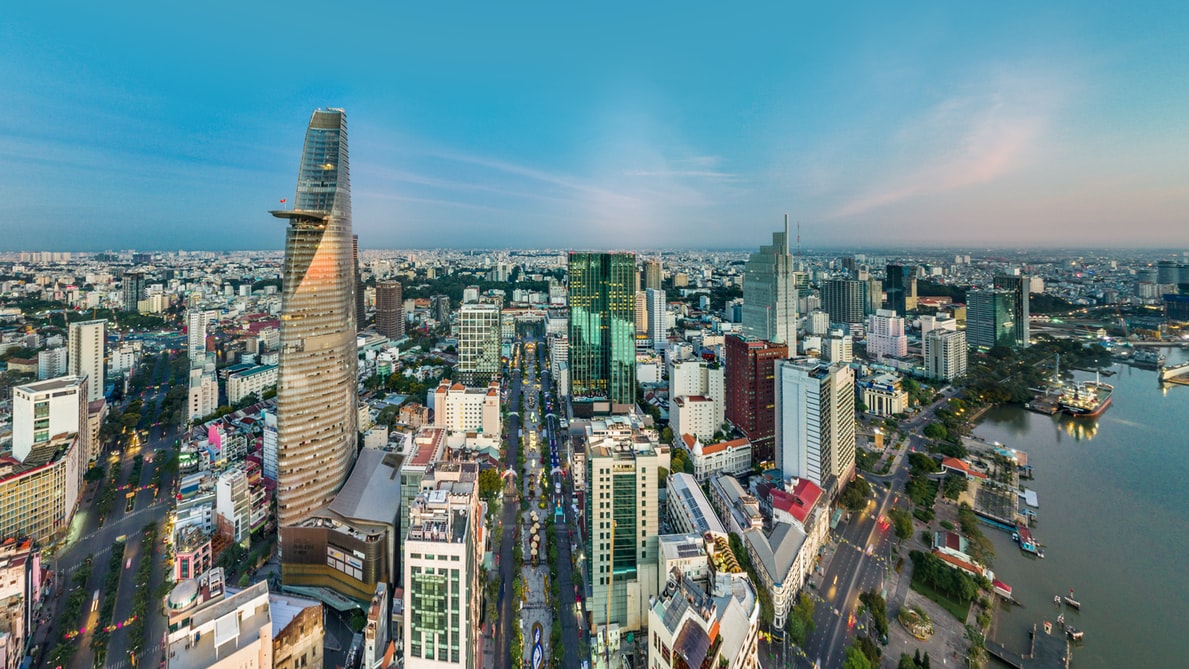 However, looking at the current situation, the construction density in the central districts has been beyond the limited threshold. The demand for accommodation is constantly increasing while the supply source cannot be renewed that fast to fulfill, leading to a serious scarcity of land and housing. Many developers just concentrate on the construction of new projects to sell as much as possible, but not the surrounding infrastructure. This has resulted in a huge burden on urban infrastructure, which has been degraded due to long-term use but lack of repair, and now, continues to suffer from even more pressure from overload . The floods up to a meter high, deterioration of the traffic system and water drainage, lack of clean water, traffic jams and air pollution, … are what is ongoing right now, alarming such a central area of the city that wants to “breathe” again, to get rid of the continuous pressures put on by inhabitants. 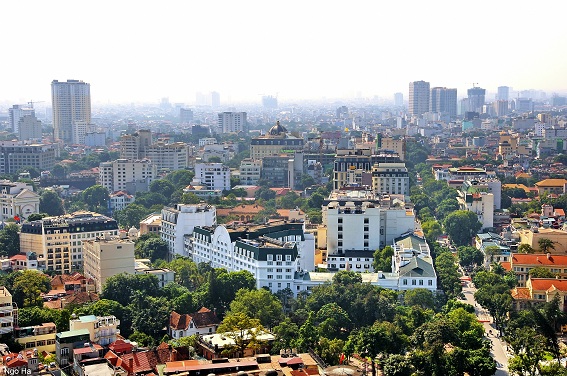 Redefine “house in the center”

Facing this situation, we need to consider the seem-to-be-appropriate reasons why the central districts become an ideal location attracting people to live: 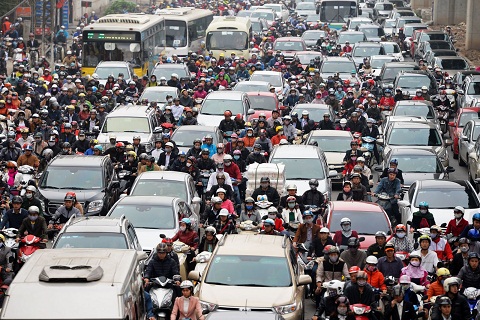 Therefore, the “central housing” standard needs to be redefined with a more practical solution, addressing the shortcomings and expanding direction to develop in the future.

Heading the East from the central districts are the districts 2, 9 and Thu Duc. In the past, this area was an extended stretch of empty land, sparsely populated and inconvenient. In stark contrast, it was the picture of the bustling city center at that time, in which the final brushes were finished and that was ready for hanging up to admire. However, that opposition is exactly what we are looking for – a vast land fund, sufficient to fulfill the  needs for accommodation of residents. Since then, the idea of ​​developing new cities in the East that catch up with and are comparable to the central area has emerged strongly.

The eastern area with excessive capacity of land will be chosen and directed to develop modern cities in the future with the tendency of combining multi functions into one division as well as optimizing room for green space. 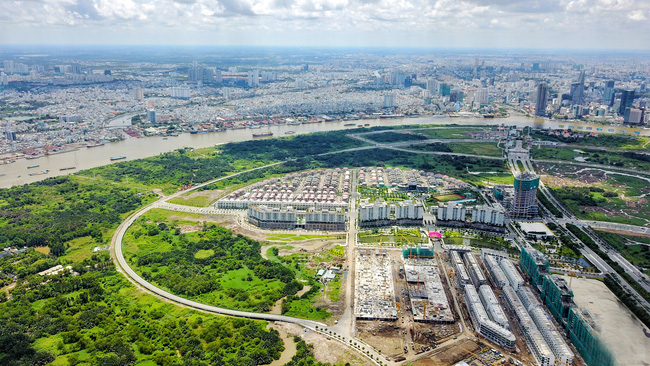 Excessive land capacity is in use of development

The East with noticeable transformation 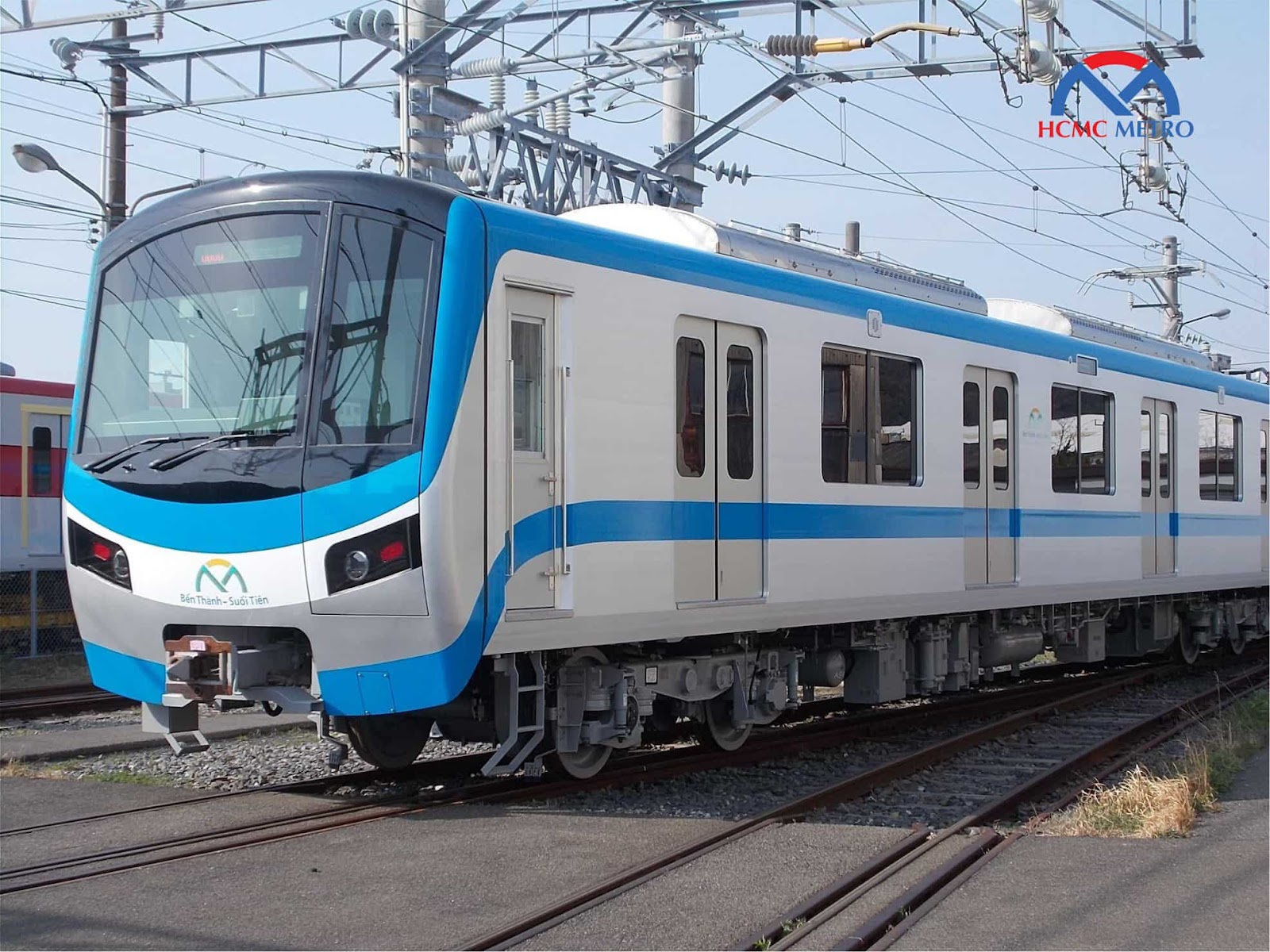 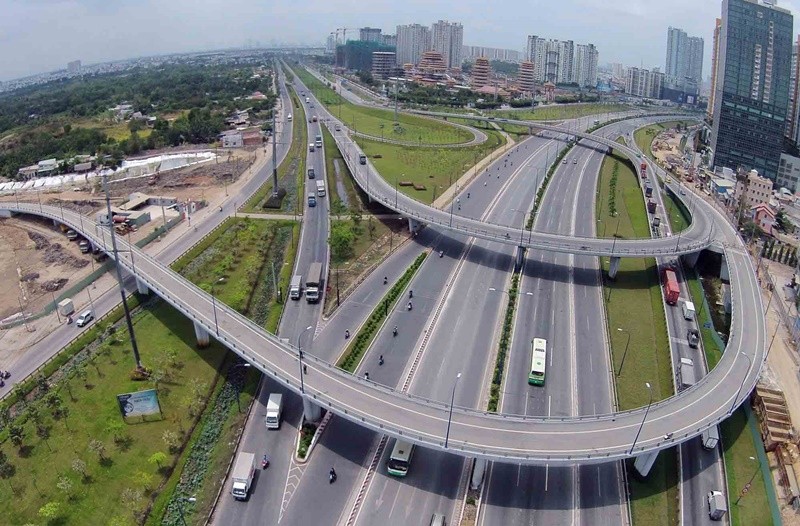 Consequent to the traffic, the urban landscape has been improved to turn the eastern area into a place of modern cities, developing in advanced technology. High-tech parks, factories and plants, university village, hospitals, housing projects and office-commercial-entertainment complexes with hundreds of hectares large. The eastern area has been innovated strongly, demonstrating the potential for outstanding development into a new economic – cultural – political center of the city in the near future. 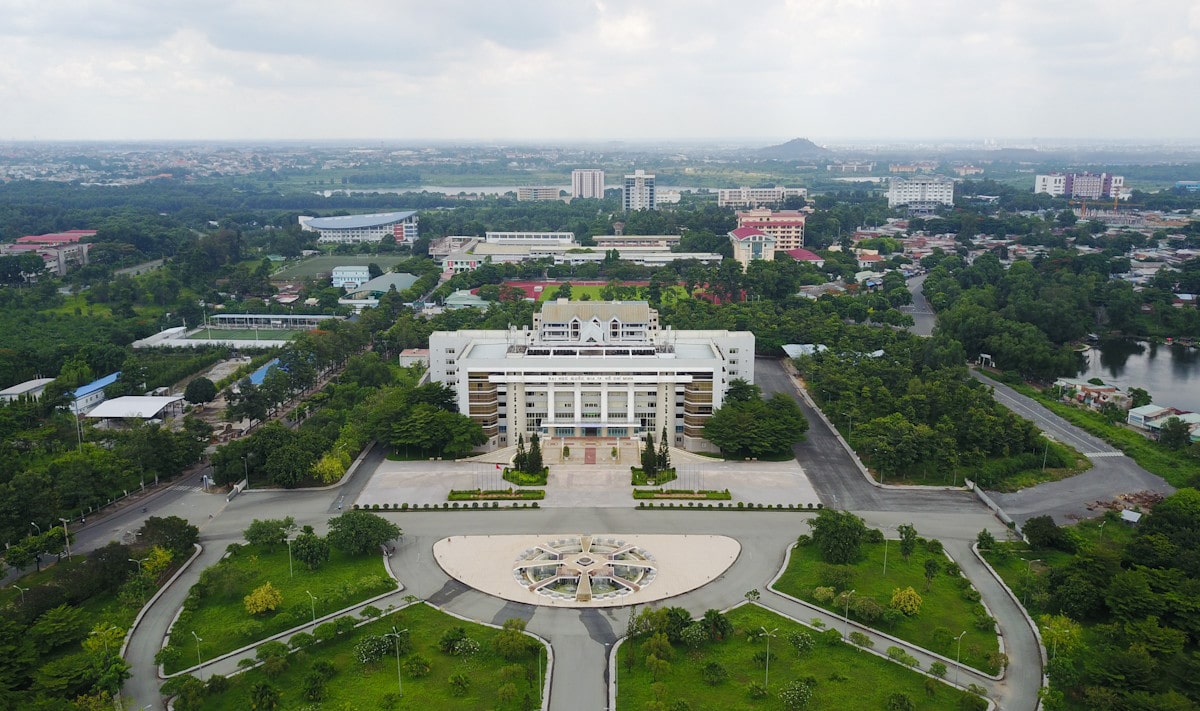 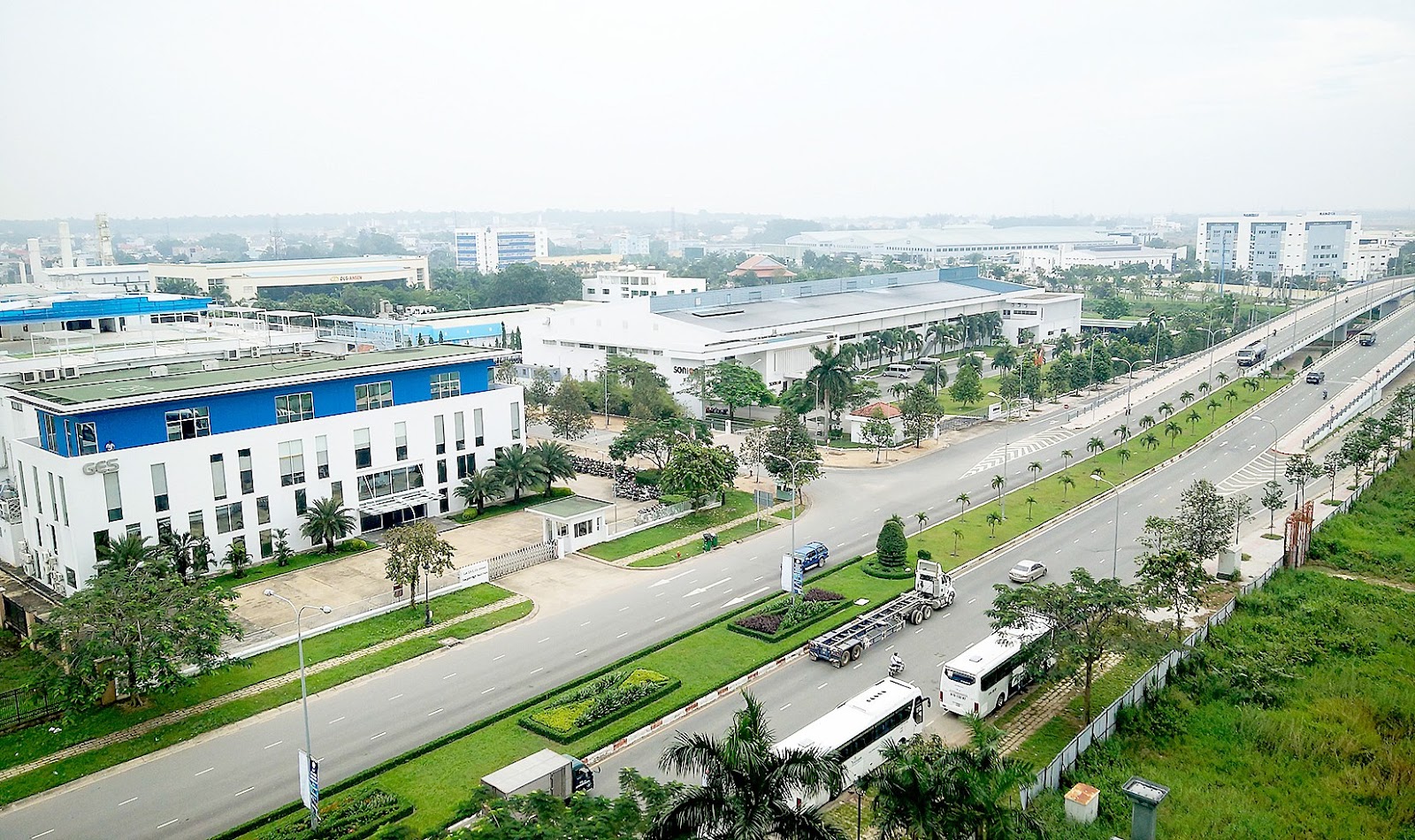 Living in the urbanization with dense construction of buildings, it is obvious that residents can easily get access to utilities, but they still suffer from a persistent thirst every day, which is “the thirst for green”. Ensuring a standard quality of life by meeting the essential needs of living for residents  while also solving the overwhelming pressure on urban transport infrastructure of the central districts, but their leading anxiety is the alarming environmental pollution. Therefore, many residential projects have taken advantage of the abundant land fund of the East to maximize the green space and area to integrate into modern life of the urbanization.

Notably, Vinhomes Grand Park of Vingroup, has stormed the real estate market in the East, drawing all attention right from the day the first subdivision was launched. So familiar are Vietnamese people with this giant through its carefully invested projects. Each project has its own distinctiveness, is both a symbol and a new “record” of Vietnam symbolizing the strength and national spirit.

Vinhomes Grand Park is no exception. Spreading over 270 hectares in the land fund of the intersection between District 9 and Dong Nai, Vinhomes Grand Park invests in building a greatly grand park with a green area of ​​up to 36 hectares on the banks of the two rivers Tac and Dong Nai. This is the largest riverside park in Southeast Asia, continuing to set a new record in Vietnam, helping to dissolve the residents’ thirst for green piece. The Grand Park is integrated from pieces of 15 unique theme parks named after the daily routine of residents such as gym park, bbq park, nursing park, … with the hope that residents living here will make the most use of their daily time to immerse themselves in nature. Vinhomes Grand Park is a pure green lung inside the busy city, located by the prosperous flow of the two rivers, “breathing” with its residents day by day, giving them a source of fresh air and a good mental and physical health. 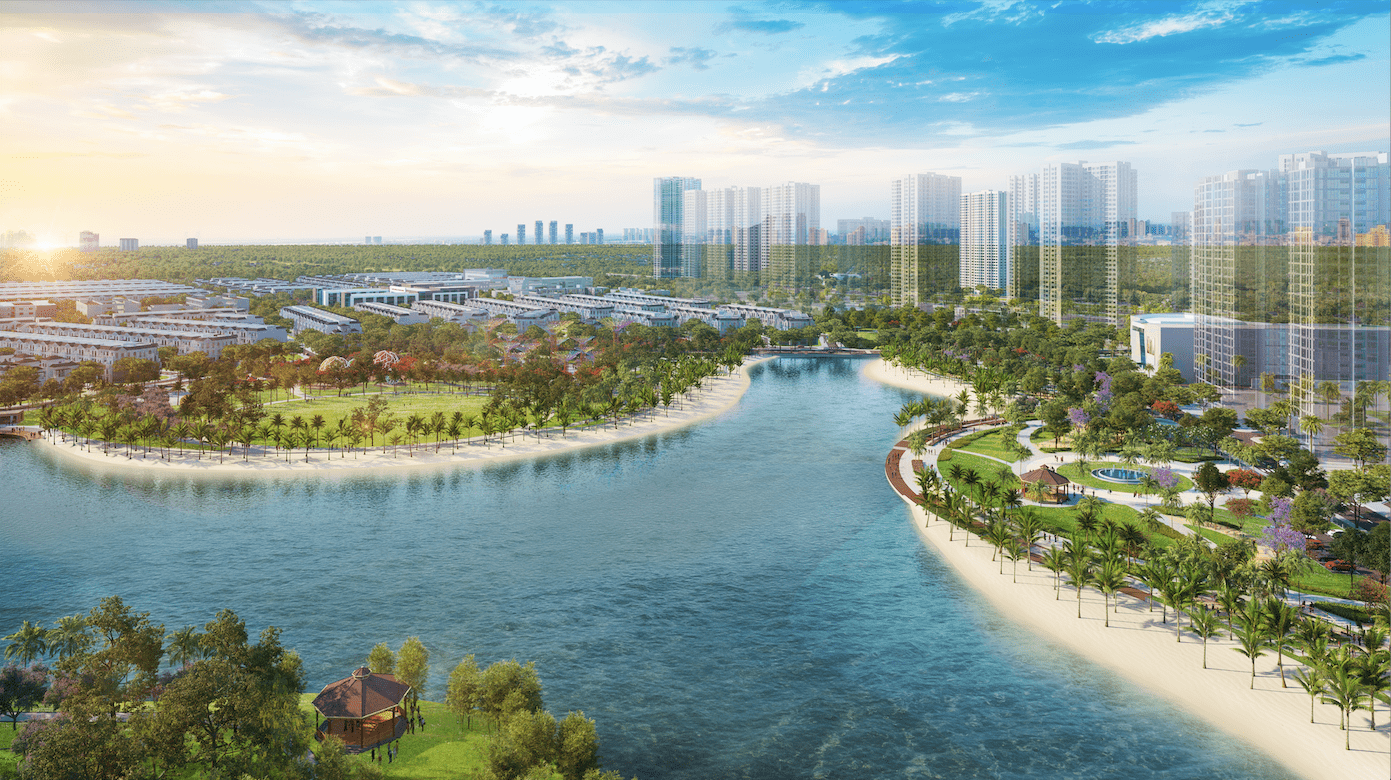 Vinhomes Grand Park is directed to develop following the smart city model of advanced countries by applying modern technology into the city operation, providing convenient and civilized living experience. In addition to the surrounding utilities that contribute to the transformation of the East into a new center, the internal utility pillars right on the campus of Vinhomes Grand Park including international school and hospital, the largest eastern shopping mall, office building and the subdivision for the elite community with many other classy utilities. All living experiences of going to school, going to work, healthcare, shopping, sports, entertainment and enjoying the green space will be gathered right in your sweet home, and the quality of life will be measured by your own satisfaction that is equivalent to the real value of the housing investment instead of its shiny exterior.

A new center of the city is gradually present, such a practical, smart and potential solution to existent problems.

Follow Vietnam Property Investment on our fanpage and website in order not to miss any information regarding Vinhomes Grand Park as well as other attractive projects in the East.

Contact us for detailed instructions how to own home in Vinhomes Grand Park:

6 THINGS THAT MAKE MALIBU HOI AN VALUABLE
WHY IS GOLF COURSE VIEW FAVORED ?